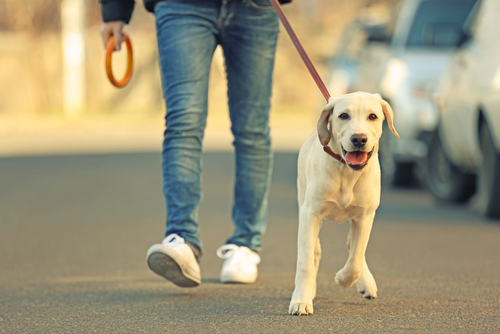 We love our pets and the Pet Friendly DC real estate market has taken notice. In just the last few years there has been a dramatic increase in the number of pet-friendly properties. Not only that, but some of these spaces are adding high-end amenities for pets such as roof-top dog parks, onsite grooming stations, spas and dog concierge services. Pet-friendly outdoor terraces, patios and lounges are also becoming increasingly popular, allowing owners to relax outside with their pets beside them.

In fact, D.C. is now so dog-friendly that you may have a hard time finding a condo building or community that is dog-free. It’s estimated that over 90 percent of today’s buyers want to be in a dog-friendly building. Whether they have a pet or not, they want the option. The dog walking service, Rover, recently named D.C. one of the 20 most dog-friendly cities in the country. With a “walk-score” of 77, D.C. ranks 5th highest in the nation.

It’s important to note that “pet-friendly” is a term that can have a different meaning to many people. Some condos that are marketed as pet-friendly still have restrictions on size and breed. Many communities, for instance, will not allow pit-bulls or very large dogs. It’s important to ask and check the contract before signing anything so you won’t be in for a surprise once you move in. Where once there were also bans on where dogs could go, those are now few and far between. Dogs are now allowed in public spaces such as courtyards or roof decks.

A few of the top-notch amenities for dogs that stand out are at the City Market at O in the Shaw neighborhood. The luxury building has a rooftop dog park (complete with artificial hydrant). Senate Square near Union Station has a 24-hour rooftop dog park that features an agility course. The Acadia at Metropolitan Park in Arlington has a full pet grooming room, and the Flats 8300 in Bethesda has bragging rights because they have an on-site pet spa, plus a half-acre courtyard with direct access to two acres of wooded green space. Indoor dog running tracks are common, providing shelter from the snow in winter and from D.C.’s smothering humidity in the summer.